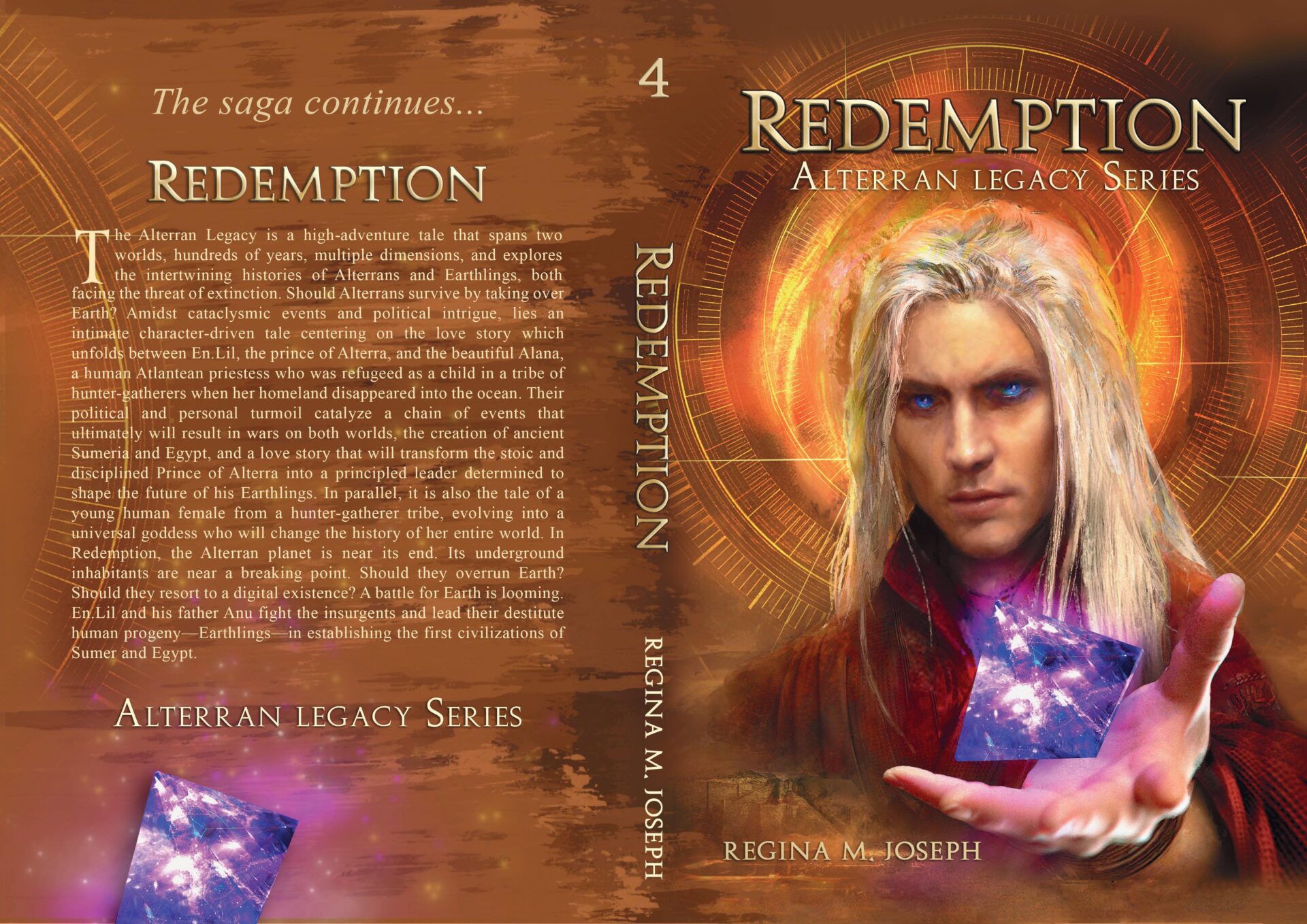 A Sci-Fi Action Drama Based on Ancient Alien Theory

"The Alterran Legacy" tells an epic story that spans two worlds, hundreds of years, multiple dimensions, and explores the intertwining histories of two races (the Alterrans and humanity) both facing the threat of extinction. But while the story is large-scale and dramatic (involving planetary warfare, cataclysmic events, political intrigue, sci-fi technology, aliens mistaken as gods, etc...), at its core it is actually an intimate character-driven tale centering first & foremost on the love story which unfolds between EnLil, successor to the throne of Alterra, and the beautiful Alana, a human Atlantean acolyte priestess who was refugeed as a child in a tribe of hunter-gatherers when her homeland disappeared into the ocean.

What begins as an exploratory and scientific expedition for the Alterrans, turns into a struggle for survival when catastrophes on both Earth and Alterra result in the aliens becoming temporarily stranded on our planet. This is the initial catalyst for a chain of events that ultimately will result in wars on both worlds, the creation of ancient Sumer and Egypt, and a love story that will transform the stoic & severe young Prince of Alterra into a much more nuanced and emotional leader. In parallel, it is also the tale of a young human female from a hunter-gatherer tribe, evolving into a goddess who will change the history of her entire world.

Because of the parallel & interacting storylines between early humans and Alterrans, The Alterran Legacy is a unique example of a series where the action and storylines can shift in an instant from a tribe of humans hunting a mastodon, to a clash of spaceships in hyper-drive. The story seamlessly blends the mystical with the scientific, the historical with the personal, to arrive at a story about aliens which at its core is fundamentally human, and ultimately centers on the themes of bravery, loyalty, love, morality, societal structures, and the eternal exploration of the great unknown. You can now buy all three books on Amazon, as well as other online web sellers. Regina's new book Redemption continues the saga of EnLil, Alana, and their conflicts. It carries all the entertainment elements—action and drama and available now.

The supporters of Ancient Alien Theory believe it has inspired much more than just entertainment. These include

An in-depth Look at the Alien Theory

The belief in Ancient Alien Theory spawns a range of other ideas that have near-infinite potential in terms of creative inspiration and storylines that blend science fiction with historical and scientific facts. It is this cultural phenomenon that The Alterran Legacy explores, telling for the very first time the core mythos of Ancient Alien Theory as the primary storyline of the series.

While previous films and series have explored some concepts and ideas of the theory, The Alterran Legacy will be the first-ever show to put the conflicts and interactions between ancient aliens and early humans at the center of the story. The outcome—the series will be part Game Of Thrones, part Star Trek, albeit with a unique style of its own. In ancient human history, an explosion of knowledge of agriculture, building, and steel weapons occurred suddenly, without explanation, and the human population prospered and grew into civilization.

The beginning books of this series serve as a prequel to the decision of this race to take an active interest in managing the development of humankind and imagines why an advanced, technological society could have been governed by a small ruling family while weaving in ancient mythology and recent geological discoveries.