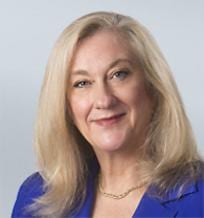 About the Author, Regina M. Joseph

I have been an avid reader my entire life. As a youth, I exhausted the science fiction section of Zanesville, Ohio, public library, falling in love with Andre Norton. I am a Phi Beta Kappa graduate of The Ohio State University's honors program, and I graduated from OSU's Moritz College of Law with honors, where I was Managing Editor of The Ohio State Law journal. I continue a thriving legal practice in M&A and commercial and corporate law in Toledo, Ohio, and I am blessed with a fine husband and three wonderful children, as well as a special niece.

A few years ago, I studied ancient history and discovered how little is known apart from tales labeled as mere mythology. Sumerian tablets, which have only recently been translated, tell stories of the "ones who came from the stars" to dwell among Earth people and teach them. About this time, human knowledge of agriculture exploded. Sumerian cities were sophisticated. Although the star men possessed sophisticated technology, they were ruled by a father and his two sons. The son governing Earth was described as a mere adolescent. And so, I began to ponder current social trends that might lead to a global tech kingdom ruled by a single family and why those people might search out the primitive people of Earth and decided to nurture them. As above, so below. My pondering's led to The Alterran Legacy Series. My first installment, Colony Earth, was released in October 2012, and it won first place 2012 Global eLit Award in science fiction/fantasy. The second installment was released in March 2013. The third Resurrection is also out as well, and I am writing the last volume, Redemption.